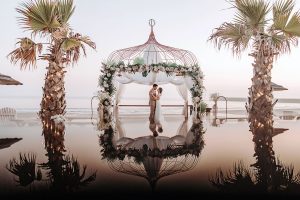 Beach Wedding Set Lounge Azurara – When I met Sara and Maciej I was amazed by their love story! I immediately loved the idea of such beautiful wedding history.

How did they meet?

At the beginning of 2017 Sara moved to Poland and works there until today. During the first months She met Maciej through mutual friends over dinner.

When did they decide to get married? How was the proposal?

The marriage proposal came about a year after they started living together. They went to a charity gala for a girl who was born with spinal problems and was unable to walk. The gala was made up of auctions of objects that people offered and one of the auctions was a ring that belonged to the mother of an old man. The ring must have been about a hundred years old. The bidding started and at the moment they almost sold the ring, Maciej started to bid until he won! Sara was called to the middle of the gala and he placed the order in front of 300 people. Too many emotions!!!

How do they describe their love story?

This love story is very simple. Two people who met and over time the feeling grew and continues to grow today.

How was the organization of the wedding?

The organization of the wedding was a little complicated because they were not in Portugal and they had to organize everything over the phone from a different country.

What was the most difficult choice they had to make during the organization?

The most difficult choice during the organization was decidedly the venue (Set Lounge Azurara) . Sara always had the dream of getting married on the beach and there are not many spaces available on the beach that make this type of event.

And the easiest one?

Did they organize everything themselves or did they have any help?

In general they organized everything on their own but the staff of Set Lounge Azurara where the wedding was going to be held helped them with the food, cake and decoration, which was a great help.

Did they choose any theme at the wedding?

They didn’t have a specific theme. Due to the location on the beach, they wanted guests to wear a more relaxed dress code. But the part of that had no specific theme

Where did they get their inspiration from?

They always had some ideas and idealized how they wanted the dream day to be but they hadn’t thought of details like flowers and decoration and cake … so most of the inspiration for the details was based on the pinterest.

How was the big day?

The big day was not like they were expecting. Too many emotions, nerves, fear that they had forgotten something… none of that happened. It was pure joy and a day full of love. Everything went as planned and it seemed to last three hours even though it lasted eleven hours !!!

The ceremony and reception were held at Set Lounge Azurara!

The bride and groom’s entrance was very emotional! The waters were calm and provided amazing photos!

The ceremony was perfect as you will see in the pictures, and at the time of the session we got a fantastic typical beach sunset light.

The Venue is amazing, allowing for a true beach wedding! The bride and groom were impeccable and the outfit well framed with the atmosphere!

Many thanks to the wedding planners who made this event really special.

Especially the makeup artist Marta Flores who did an amazing job.

I love to hear from you! Please contact me here!

You can see here another post about wedding at Douro Valley

Here is no comments for now. 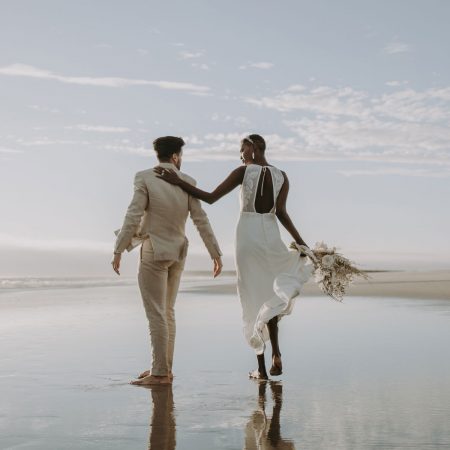 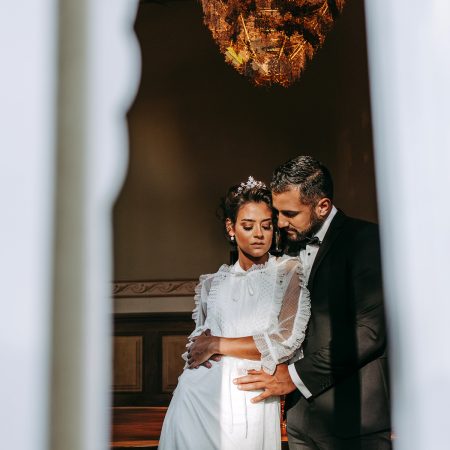 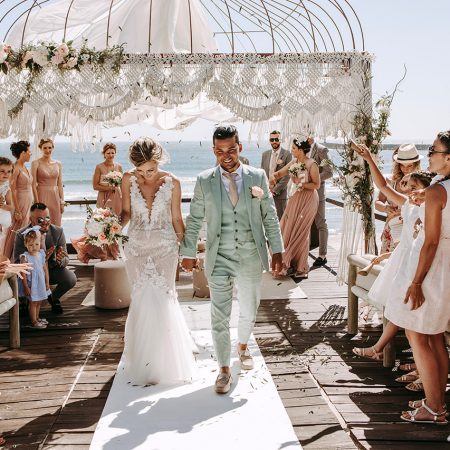 Subscribe to our Newsletter. You will get news about giveaways and new blog posts.